Last Wednesday, Bacolod Mayor Monico Puentevella confirmed that the city’s appraisal committee is already done with the report concerning the move to sell the 1.3 hectare Manokan Country property. This report is set to be submitted to the COA (Commission on Audit).

The committee is headed by Rommel de la Cruz who was recently appointed as the head of the City Assessor’s Office. Giovanni Balalilhe, City Treasurer, also confirmed that the said report was finished. He, however, did not reveal the cost per sq.m. 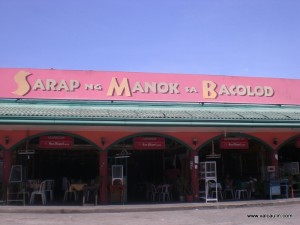 SM Prime Holdings Inc. has sent in an unsolicited proposal to buy the property for P282 million or exactly P20,500 per square meter. Mayor Puentevella said that the report is pending COA approval. He added that once it is approved, he will affix his signature and turn it over to the city council. The council will then be responsible for handing it in to the auction committee where it will be scheduled for a public auction prior to the formal bidding. Like Balalilhe, they mayor also did not reveal the actual market value of the property.

Rev. Fr. Ernie Larida, in a statement over ABS-CBN Bacolod, said  that he also joined in on the dialogue between the tenants and the mayor.

The tenants have been vying to place a bid to save their structure since last April. The mayor has been dismissing the proposal though as they have arrears amounting to over P6 million. Fr. Larida, however, defended the vendors and stated that while there have been deficiencies in the payment, not all of the blame is on the tenants. He said, “Since the uncollected rentals are huge, this means that the collectors of the city have also lapses in ensuring collection efficiency.”

The mayor, meanwhile, said that the tenants simply need to bring their receipts to the City Treasurer’s Office to reconcile the discrepancy.