Soon, elementary school students from all public schools in the country will be able to enter national landmarks, shrines, public museums and historical sites for free. This is the main provision of House Bill Number 5503 which was authored by Bacolod Rep. Evelio “Bing” Leonardia. According to Leonardia’s office, the bill was already approved in the final reading at the House of Representatives.

Further provisions of the bill state that determining the capacity and availability of these landmarks and historical sites will be the responsibility of the National Historical Commission of the Philippines or National Museum. Likewise, the Department of Education will also coordinate with them.

The bill was also co-authored by the ff: Representatives:

Based on the SY 2013-2014 data of the Philippine Statistics Authority-National Statistical Coordination Board, there are over 15 million public school students in the elementary level. According to Bacolod Rep. Leonardia, the bill will help improve historical and cultural awareness of public school students by granting them free access to key resources like shrines, museums, landmarks and the like.

There is an incomplete list of museums over on Wikipedia. National Museum of the Philippines also has its official site here. 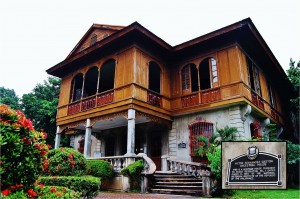 Hon. Leonardia, Evelio “Bing” R. is serving his first term as the Representative of the Lone District of Bacolod City. He served as a Councilor and Vice-Mayor for the city before becoming the Mayor in 1995, 2004, 2007 and 2010. He ran for Congress last 2013 and won.