PAGASA (Philippine Atmospheric, Geophysical and Astronomical Services Administration) recently made announcements that Filipinos should prepare for stronger cyclones this 2015. They say that El Niño is the primary cause for concern. 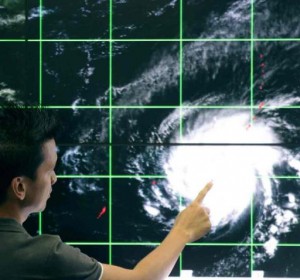 According to PAGASA deputy administrator for research and development, Dr. Flaviana Hilario, El Niño helps augment cyclone speeds which makes them more prone to becoming typhoons. She added that the heightened temperature of the sea surface will be the cause of strengthened tropical cyclones.

According to the government agency, an estimated 11 – 16 cyclones will enter the Philippine area of responsibility this second half of 2015. Dr. Vicente Malano, OIC of PAGASA Office of the Administrator, said that the phenomenon causes erratic behavior in tropical cyclones. He also said that the cyclone tracks could possibly strengthen and shift to a northward direction.

Tropical Storm Ondoy (internationally known as Typhoon Ketsana), was a notable cyclone that hit the Philippines during El Niño season of 2009. With a max wind speed of 165 km/h and sustained speeds of 130 km/h, it was the most devastating typhoon to hit the country. The damage caused by the typhoon was a little over P11 billion and the fatalities were close to 700.

As of late, there are already visible effects of El Niño in the country. Several areas are already experiencing drier conditions than normal. According to the DAR (Department of Agriculture),  the phenomenon has hurt the agriculture industry an estimated P2 billion. According to Digital Journal, half of the Philippines is currently suffering from drought. Of the 81 Philippine provinces, 43 are said to be affected. Mindanao is the hardest hit with 19 provinces affected. Visayas, on the other hand, has 10 while Luzon has 14.

PAGASA has been the country’s weather bureau since 1972. You can access their official page at http://www.pagasa.dost.gov.ph. You can also read more about the 2015 Pacific typhoon season on this Wikipedia page.